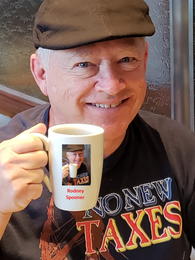 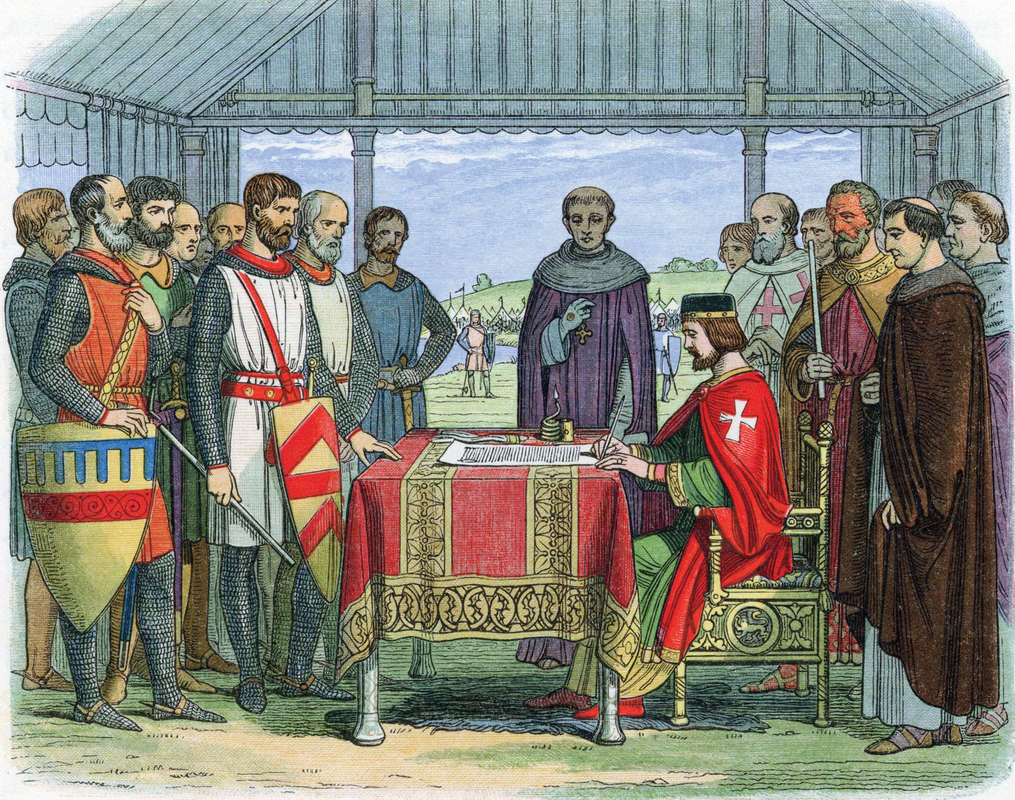 An engraving of King John signing the Magna Carta on June 15, 1215, at Runnymede, England. (Https://www.britannica.com/topic/Magna-Carta)
Welcome to the "1215 Magna Carta" page where you will learn about the the foundation that our Founding Fathers built on to craft the greatest and longest working Constitution in the history of the world...for the benefit of all mankind. - Rodney Spooner
800th Anniversary - June 15th, 2015
MAGNA CARTA
Magna Carta (Latin for Great Charter), also called Magna Carta Libertatum or The Great Charter of the Liberties of England, is an Angevin charter originally issued in Latin. It was sealed under oath by King John at Runnymede, on the bank of the River Thames near Windsor, England, on 15 June 1215.