A Leftie in His Right Mind! 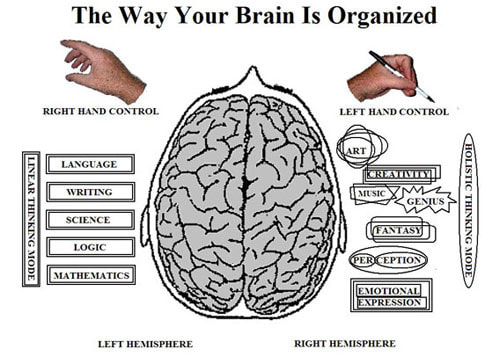 It is a scientific FACT that your brain is comprised of two hemispheres. Each hemisphere controls the opposite sides of your body. Therefore, left-handed people are always in their right mind! Follow the science!
"Moderation in temper is always a virtue; but moderation in principle, is a species of vice." --Thomas Paine, Letter Addressed to the Addressers on the Late Proclamation, 1792.
WHY AM I DOING THIS?

Why? First and foremost, to "preserve, protect and defend the Constitution of the United States against all enemies, foreign and domestic" in order to secure Liberty for me, you, and future generations.

Secondly, it is personal.

When I became eligible to vote at 18, my Dad spent the next 30 years trying to wake me up to the fact that America was under attack. He spoke of things that were labeled "conspiracy theories" by the mainstream media. There were no Tea Parties back in the day. As a child growing up I didn't pay much attention to politics at the time, but I could not help hearing about the McCarthy Hearings in congress, media bashing the conservative John Birch Society, President Kennedy's assassination, President Nixon's resignation from office.

As I grew older, politics didn't make sense to me Democrats and Republicans wagged their tongues and fingers at each other in front of the cameras, but when the cameras were turned off, they slapped each other on the backs and went to have drinks together.

I believed that my civic duty ended at the ballot box . . . until 2008, when my dad asked me to research Ron Paul for President. I gave him my word that I would. By that time, we had the internet and learned that Ron Paul had served 20 years in Congress, was a doctor of gynecology, and what I assessed was the most honest and constitutional representative in Congress. He voted on legislation through the lens of the Constitution. As a result, he voted against virtually every piece of legislation - especially taxes - and became known as "Doctor No". I voted for Ron Paul, not because he was a Republican (he was more Libertarian at heart) but because I considered him to be as constitutional as the founding fathers.

In 2008, I became a politically activated and looking for ways to get involved. 2008  also wrought the "Great Recession" and Barack Hussein Obama. Obama concerned me greatly because he seemed to be a man with no past, at least that I could find. I knew that he was a Senator for two years who voted "Present" so as not to leave a trail of votes to reveal his political leanings which proved to be very radical. There was even a constitutional question about Obama's eligibility to hold the Office of President of the United States.

By 2010 Obama enacted the Patient Protection and Affordable Care Act ("PPACA"), which was anything but. The PPACA created another constitutional crisis. BECAUSE Obama became POTUS and promoting a radical agenda, as a result, I started taking an interest in history and studying the Constitution of the United States ("COTUS); something I thought I would have little use for when I was in school.

2010 gave rise to the Tea Party. It started in, of all places, Boston, Massachusetts and then spread across the nation like wildfire! It was that moment that I realized that MILLIONS of like-minded people. I not only joined the Tea Party Movement,  I started two Tea Parties in southern California.

From 2008-2016 we suffered under the Democratic Party's radical agenda. In 2016, the Democratic Party leadership expected Hillary Clinton would win the White House by a landslide. Except she didn't. "Blue Collar" Billionaire Businessman Donald J. Trump beat 16 career Republican politicians in the presidential primary and then went on to beat the pantsuit off Hillary Clinton to win the White House. It was a miracle!

Despite the daily savage attacks by the Democratic Party leadership and colluding mainstream media, President Trump still managed to achieve a stellar economy that brought jobs back from China and reduced unemployment for minorities and women to historically lowest levels. But most of all, I am grateful that organized, nationwide election fraud was revealed and now being prosecuted. All of the political nonsense makes sense now. Our elections have long been controlled by a "deep state" giving us the illusion of choice and fair elections. This is treason of the highest order.

Every problem plaguing the United States has been calculated by the deep state shadow government controlling the electoral outcomes on order to subjugate our Constitution and destroy our republic. Now we know the problem. Only We the People can solve it through election integrity.

I implore you to volunteer and support Election Integrity Project - California (EIP-Ca.com), or an election integrity organization in your local area, for fair and honest elections. Then it will be incumbent upon each voter to elect constitutionally conservative representatives who will honor their Oath of Office and abide by the original intent of the Constitution of the United States.

But, HOW can We the People elect constitutional representatives if we don't know and understand the Constitution? We MUST read and study the Constitution as well as the books and writings of our Founding Fathers and others who influenced them in order to understand their original intent. The Constitution is not just an old piece of parchment. The Founding Fathers included Article V as a means to change it, however the process was intentionally made difficult (not impossible) so that changes would not be made on a whim or changing political winds. There is nothing wrong with our Constitution - the problem is a rogue government that doesn't follow it.

Study and understand the Constitution and then teach it to your children because it is not being taught in the government schools as it should.

My mission is to bring together educational material and common sense to "preserve, protect, and defend the Constitution of the United States of America against all enemies, foreign and domestic" for a more perfect union.

Pray 2 Chronicles 7-14 (KJV): "If my people, which are called by my name, shall humble themselves, and pray, and seek my face, and turn from their wicked ways; then will I hear from heaven, and will forgive their sin, and will heal their land."

May God Bless. Amen.
Kitchen Table Politics (Was) On The Radio
This audio clip was the intro to my brief radio program, Kitchen Table Politics on  the GREAT 860 AM-THE ANSWER. The effort lasted only 4 weeks (October-November 2019) before I pulled the plug. It proved too expensive to sustain and I was not able to track listenership for my Sunday time slot, or get any feed back. The intro was a masterful compilation of the following: